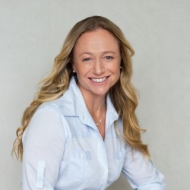 This user has not added any information to their profile yet.

Dr Sacha Fulton successfully secured a sports-based PhD scholarship in 2005 with the Australian Institute of Sport following her tertiary studies in NSW. Her PhD was titled ‘Performance Characteristics of Paralympic Swimmers’ and was completed in conjunction with Swimming Australia and the University of the Sunshine Coast. Concurrently, Sacha was appointed as Physiologist for the Australian Paralympic Swimming team.

Sacha worked with the team in a professional capacity up until 2013 and accompanied them to the Beijing Paralympic Games in 2008 and the London Paralympic Games in 2012 as part of the team. In 2009 after the successful submission of her PhD and publication of all five of her research projects, Sacha gained employment at the Western Australian Institute of Sport. She worked with the Institute for over nine years assisting in the athletic improvement of Olympic and aspiring Olympic hopefuls.

In 2018 Sacha established her own Sports Science consulting business for sub elite and elite athletes in Perth, Western Australia. Sacha is passionate about sport and helping athletes unlock their potential and reach their goals. Sacha is a surf lifesaver and a keen athlete herself having represented Australia at the IM triathlon World Championships in Kona, Hawaii and completing the Rottnest Island Channel crossing on five occasions. Sacha is an adventure enthusiast and is a keen traveller within Australia and overseas. Her recent travel adventures have seen her hike to Mt Everest base camp in 2017 and complete 1700km on foot over 62 days of the Camino de Santiago across France and Spain in 2018.